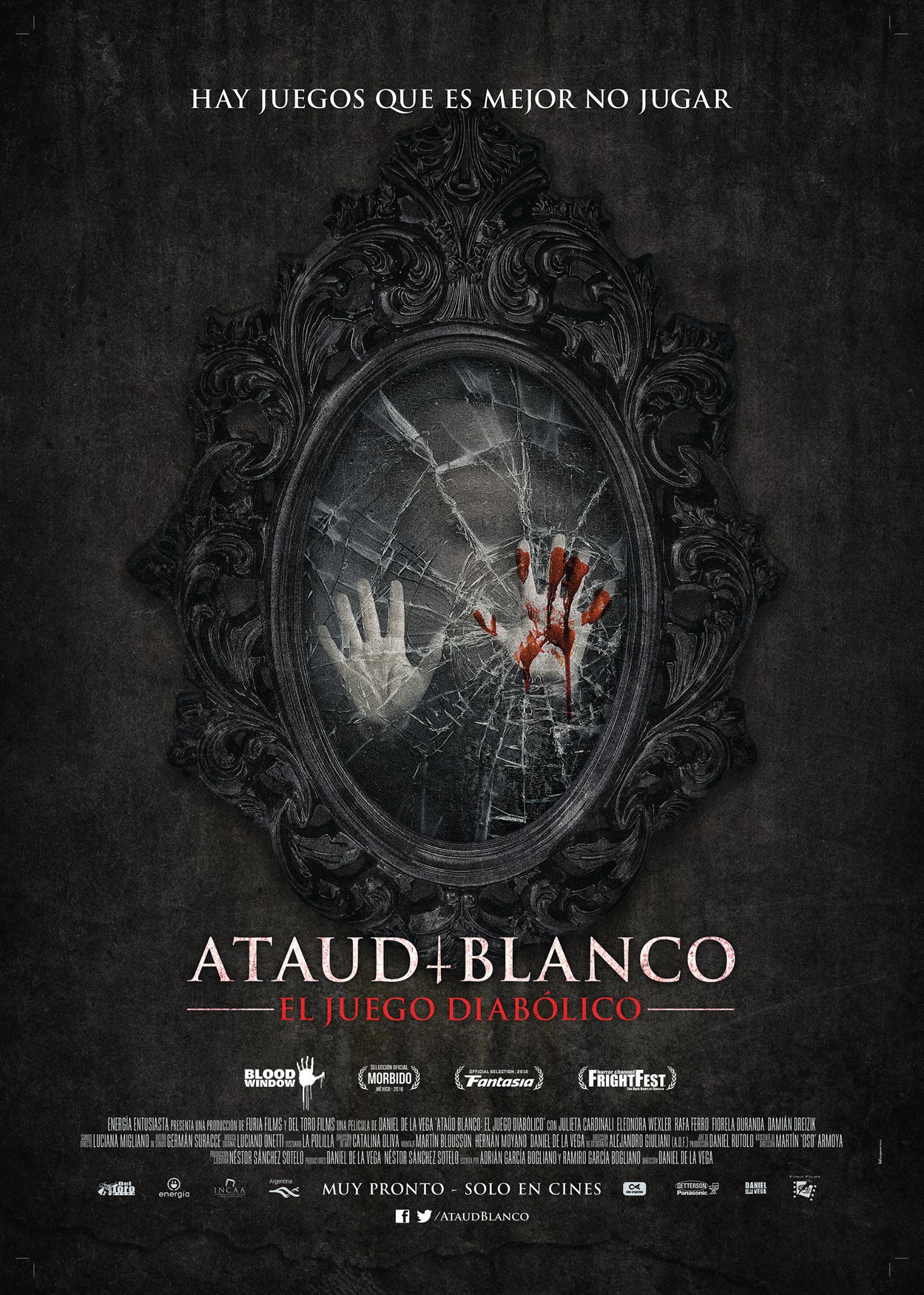 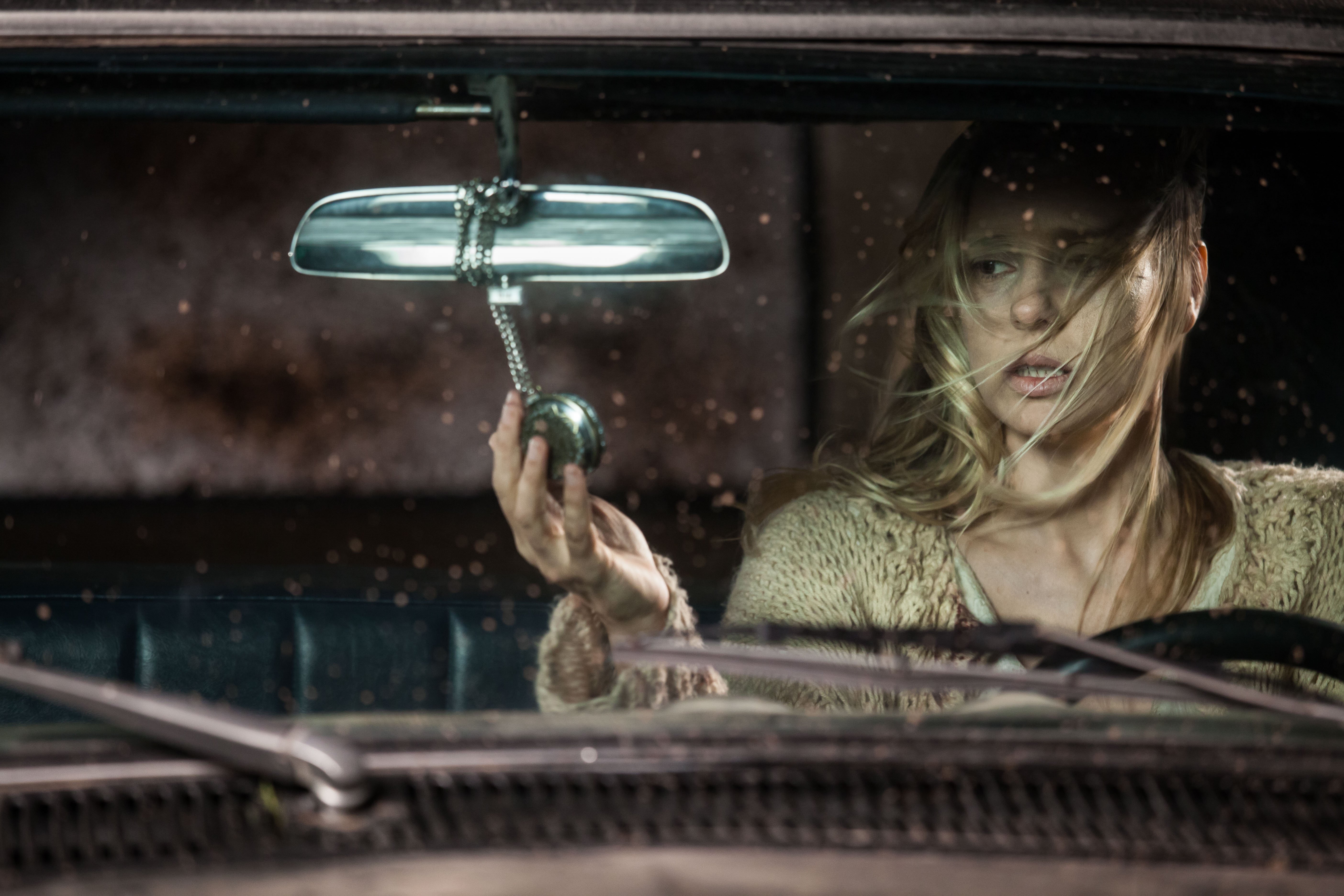 "White Coffin", with the subtitle "A Diabolical Game", has been in the works for a long time, at least as early as 2007. At that time, Adrián García Bogliano and his brother had a script, but the film collected dust due to lack of funding. In the meantime, Bogliano has gone on to become one of the rising stars of horror with "Here Comes the Devil" and "Late Phases" (both excellent films), to name just a couple.

Fast forward a few years. Bogliano is now a bankable name, and Argentine director-producer Daniel de la Vega, the director of "White Coffin", has made his mark with the Faye Dunaway thriller "Jennifer's Shadow". They could probably have turned to outside (read: Hollywood) investors, but instead managed to keep things local. "After all this time, we managed to bring it nearer to fruition thanks to Argentine state film subsidies," de la Vega explained in 2015.

One has to wonder if the script evolved between 2007 and 2015. In earlier interviews, "White Coffin" was said to be "a genre auteur film" with influence from Hammer Productions, Roger Corman movies and the Vincent Price classic "House of Wax." None of these three is clearly evident in the finished film, however. Later, the film came to be referred to as "a horror / road movie" described as "Duel" meets "The Wicker Man". Both of those films are more obvious forebearers, and one could add Tarantino's "Kill Bill" for good measure (some of the cinematography even suggests a Tarantino influence). Or even "The Vanishing" (1988).

With plenty of car chases, and an eight-hour plot packed into a 70-minute film, what we get is an exciting, inventive, fast-paced thrill ride. And did I mention gory? There's a buzzsaw-wielding maniac not afraid to bifurcate his victims, and a priest who takes a cue from John the Baptist. Perhaps most interesting is how the film defies the taboo of putting children in harm. Without giving too much away, be warned: innocent children are at risk, and not all of them make it to the final scene alive! Some aspects of the plot are not fully explained. Oddly, this did not bother me on the supernatural elements, such as the main character's resurrection. Much like "The Crow", I was willing to accept that love could conquer death. But the lack of explanation was somewhat irksome on the ritual aspects. Unlike "The Wicker Man" where the pagans have clear reasons for their behavior, it was never clear exactly what motivated the kidnappers in this film. Or perhaps this was explained and was over my head? A second viewing is in order.

"White Coffin" premiered July 18 at the Fantasia Film Festival, and I have no doubt the audience loved it. Despite what I see as a possible plot oversight, the film as a whole is hard not to love – it just keeps moving, hacking and slashing through everything in its way. If Argentina hasn't already left a mark in the world of genre film, this will be the one that does the trick. Daniel de la Vega is quickly becoming not only one of the best horror directors in Argentina, but one of the best in world cinema for the simple fact that he has his own style! Yes his films have some problems, but the creativity he possesses is something to be applauded in a world full of remakes and generic garbage. Being a very self aware director, he plays the audience along on a string. Creating generic moments, giving the viewer a false sense of security and then pulling the rug from under them. He did this in his other movies (Necrofobia and Hermanos de Sangre) and its no different in Ataud Blanco. Strange, disturbing and very fast paced, Ataud Blanco doesn't allow itself to get boring and will constantly have the viewer on edge, because of the directors ability to play with the audience! High end production, along with solid acting, allows the dreaded atmosphere to soak through the screen and strangle the audience right up until its shocking climax! This is definitely a film that wont appeal to the masses, It can be very confusing and vague at times, but if you like your movies that are very strange and violent, then this one is right up your alley!